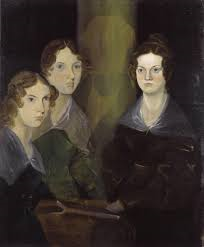 The Brontes are a famous literary family who lived in the 19th century in Haworth, West Yorkshire. Three of the daughters, Charlotte, Emily and Anne, produced some of the best loved novels and poems in English Literature including Jane Eyre (Charlotte), Wuthering Heights (Emily) and The Tenant of Wildfell Hall (Anne).

The parsonage where they grew up and wrote their works is now a museum, visited by thousands of visitors each year, many also making the walk up to Top Withens on the moors above Haworth which inspired Wuthering Heights.

The lecture theatre at Bradford College has been named the Bronte Lecture Theatre in honour of the Bronte sisters.

Expore the novels and poems

Books about the Brontes