Skip to main content
It looks like you're using Internet Explorer 11 or older. This website works best with modern browsers such as the latest versions of Chrome, Firefox, Safari, and Edge. If you continue with this browser, you may see unexpected results.

Enjoy the outdoors from indoors: Museums and Galleries

Harry Potter: A History of Magic is an exhibition of real-word magical artefacts and history presented alongside artefacts from the development of J. K. Rowling's fictional Harry Potter series. The star exhibits, including objects from Harry Potter creator JK Rowling’s personal archive are now available through 360-degree interactive re-creations of galleries from the exhibition, on the Google Arts and Culture site.

The Van Gogh Museum in Amsterdam houses the largest collection of artworks by Vincent van Gogh (1853-1890) in the world. You can now virtually visit the museum, wander round the gallery, and zoom to view some of his most iconic paintings up close.

Did you know that the British Museum is the world’s largest indoor space on Google Street View? You can go on a virtual visit to more than 60 galleries – and create your own tour around your favourites, such as the Rosetta Stone in the Egyptian Sculpture Gallery. Find out more about the stories behind the collections here, or take part in the Interactive Museum of the World which has a timeline of events for every continent.  Choose to find out more about Art, Living and Dying, Trade and Conflict, Power and Identity, Religion and Belief all the way back to 2,000,000 BC!

Delve into the Natural History Museum from home with a virtual self-guided tour of the galleries, an interactive experience about Hope the Blue Whale, and audio guides narrated by David Attenborough. Get up close with a 3D model of a diplodocus skull, or go dino hunting to Wyoming.

The National Gallery houses one of the greatest collections of paintings in the world. You can now view the galleries from your own home via their virtual tour.  Immerse yourself in Renaissance masterpieces from Northern Italy, the Netherlands, and Germany, including works by Titian, Veronese and Holbein. View the Sainsbury wing, home to early Renaissance paintings.  And you can also view 18 rooms filmed in 2011. 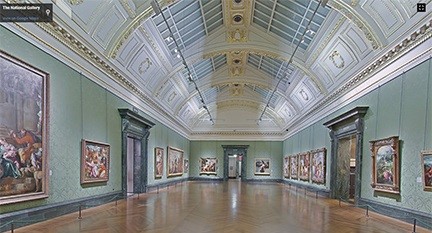 The museums in Bradford might be closed but you can still be inspired by their amazing objects, beautiful artworks and historic buildings.  Each week Bradford Museums will release a new activity idea for you to do, inspired by their wonderful collections. 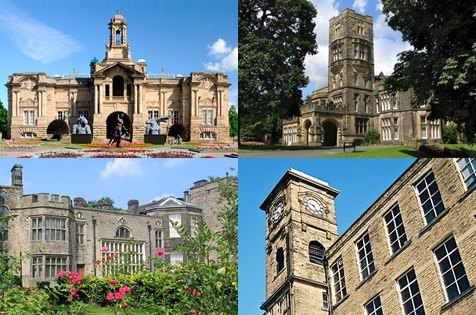